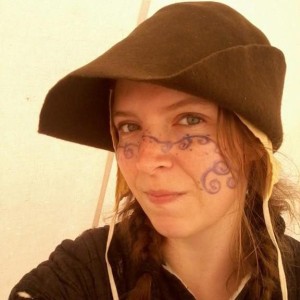 I felt it was time to do a formal introduction of my new assistant, Rachel. 😀 As time has passed, I’ve gotten busier and busier with the business side of writing. That leaves me less time to write in general. To rectify the problem, I’ve decided to work with an assistant in 2015 and boy I’ve already noticed a difference in my ability to be productive and get things done!

Now that I have Rachel by my side things get done quicker with two people on the task. Rachel has been a long-time beta reader for me and friend, so it really was the best combination to bring her onto my team as my assistant. She’s now in charge of my Facebook page, Facebook reader group, giveaways, keeping me on target with my writing, reminding me of project deadlines, and answering any questions you all have. We’ve had two great months to work together before I officially introduced her to you and really have managed to make a seamless work relationship.

You can reach Rachel through my official Facebook page: www.facebook.com/TerahEdunAuthor or by email: assistant@terahedun.com

Now that formal introductions are over, let’s get to the fun part shall we? Rachel has an AWESOME background and story which I think you’ll find fascinating especially if you’re a fan of my CROWN SERVICE series. She’s a lady sword fighter who does combat training in a variety of weapons like longswords. If you don’t know what that is, check out this NY Times story on the art form. How cool is that? Once you finish reading the interview you’ll understand why she’s the perfect assistant and beta reader for me. Hint, not only is she really great at keeping me on track, but is also a practiced fighter who studies herbalism! You’ll see, now read on and please welcome Rachel to the team in the comments! <3
______________________

Where are you from and what drew you to learn how to fight?

My name is Rachel Westra and in the Society for Creative Anachronism (see here on their mock combats) I’m called Lady Delphina the Bearcat.   I’m from Sioux Falls, South Dakota, but I currently live in Great Britain.

The whole reason I was drawn towards the way of the sword and the path of a warrior was all thanks to a single book, C.S. Lewis’s “The Horse and His Boy” – the first fantasy book I had ever read.   I was immediately hooked and I knew with all of my 8 year old heart that I was going to grow up to be a fighter.   That single book set me on a life-changing path and ten years later when I was 18 I was able to make that dream come true.   Pennants and banners snapping in the breeze, sun glinting off helms and the glitter of gleaming mail coats.   All of this is something I experience now as a tourney fighter with the SCA.

How long have you been training with a sword?

I have been training for the past 13 years, since I was 16 years old.

Are you trained in more than one weapon and/or hand-to-hand combat?

I am trained primarily with sword and shield, however I am also trained and authorized in great sword, glaive, spear, mace and axe.   I have never had any official training for hand-to-hand, but I like to think of myself as a bit of a scrapper.

What’s it like being a woman in a historically male field?

This is somewhat of an interesting topic and I am a bit torn on it truth be told. The bottom line is that I do not see myself as a female fighter.   I am a fighter who happens to be a woman.   Once the helm and armor is donned, there are no allowances made for genders.   On the other side of that coin though, a small part of me is very proud that I am one of the guys and I love to see other women get out there and test their mettle. As a woman that is only 5’2”, I try to be an example to others that size does not matter.   And I will say that I am very grateful to the other woman fighters who have gone before me and paved the way during much harder times, when I may not have been as readily accepted in the shield-wall as I am today.

Note from Terah: I’d like to point out here that Rachel is not the only amazing woman to do medieval combat training just as she says. See this bio on Samantha Sword (pictured kneeling here).

You once explained that you belonged to a medieval society/organization with a global presence. Tell us more about them!

I belong to a group called the Society for Creative Anachronism, or more commonly referred to as the SCA.   From the website the SCA is an “…international organization dedicated to researching and re-creating the arts and skills of pre-17th-century Europe. Our “Known World” consists of 19 kingdoms, with over 30,000 members residing in countries around the world. Members, dressed in clothing of the Middle Ages and Renaissance, attend events which feature tournaments, royal courts, feasts, dancing, various classes & workshops, and more”   I have traveled the United States as well as Sweden, Germany, Wales, and England attending events and fighting in tournaments and melees.   The largest event the SCA has can include anywhere from 10,000-15,000 people in attendance and about 5,000 fighters on the field during the melees.

What did you have to do to earn your title? Can you explain the ranking system of the Society for Creative Anachronisms to us?   I have the title of “Lady” it is the most basic of titles and usually the first to be given out to members.   I earned my title by being an active member in the SCA and by helping out as much as I could within my local group and Kingdom.

Is there a female warrior – fictional or non-fictional, that you find inspiring?

Yes, very much so.   You see, even though I had made the decision when I was 8 years old to become a warrior someday, I needed a bit more encouragement that I could do it when I grew older. That is when I was introduced to Alanna the Lioness, by Tamora Pierce. Here was a fictional character who was about the same age as I currently was going through some similar trials and I kept telling myself that if she could do it, I could as well. 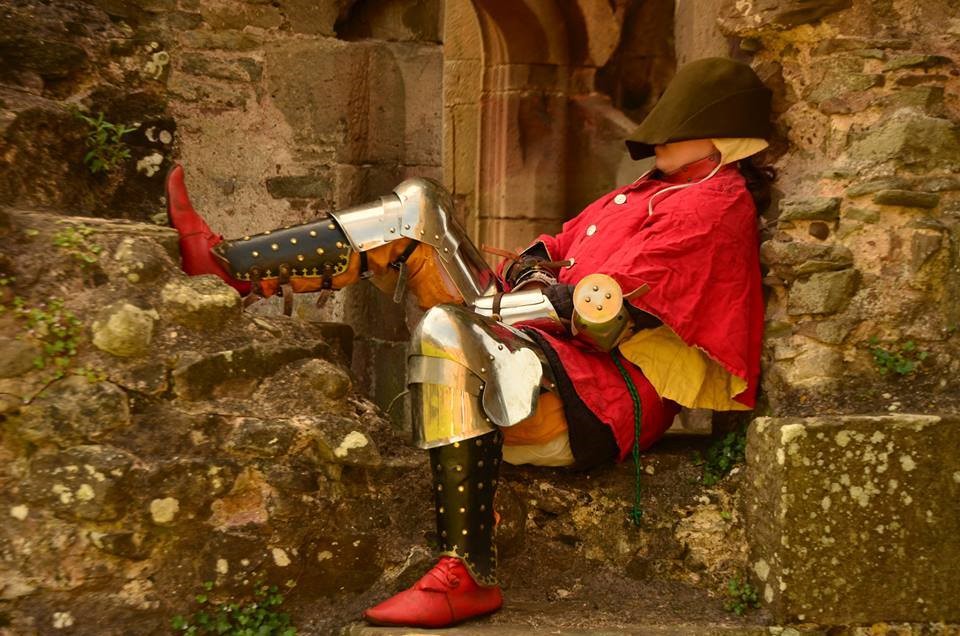 For all the women and men out there who want to learn how to wield a sword, where would you suggest they go to learn more?

You can definitely find out if there is a local SCA group close to you and contact them to see when fighter practice would be.   Practice is free and most groups have loaner armor and people willing to help train you and get you started.   I had the good fortune to stumble upon my local SCA group when I was 16. A friend of mine had told me about them and I showed up unannounced to their local fighter practice.   Imagine if you will…there I was, a 16 years old girl with bright blue hair, walking up to a complete group of strangers with all the courage I could muster. A chance to finally realize the dream I had since I was 8. I walked up to them and asked “Are you the SCA?” When they said yes, I said in a determined voice, “Good, I want to fight!”

Can you tell us a little about yourself outside of sword-fighting?

I am 29 years old and currently residing in England.   I am also a college student and am actively pursuing a major in German as well as a certificate to teach English as a second/foreign Language.   I am an avid reader with close to 700 books in my personal library. While they consist mostly of fantasy books, I also have texts on medieval sword fighting techniques, herbalism, mystery, classics, and historical fiction.   Even though I love reading I love video games and hiking just as much!

And that is the end of the interview!