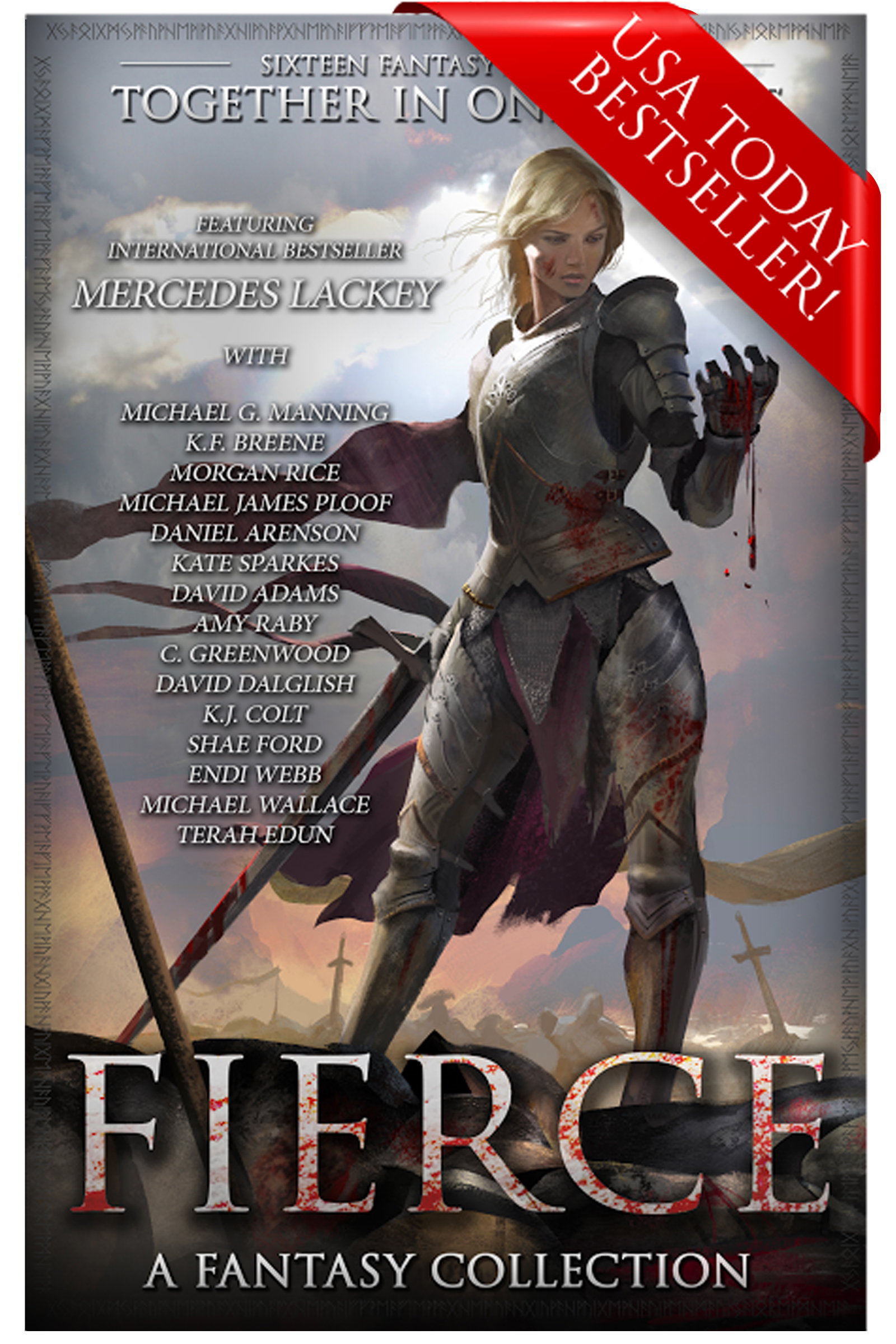 For a limited time only!

Over one million words and sixteen realms of fantasy brought together for your reading pleasure. Discover courageous characters fighting for justice and order. Journey between kingdoms of dragons and lands of anarchy as tales of magic and mayhem unfold.

Grab it today, before it’s gone!

About the Authors and Titles:

Stuck watching over four Herald trainees on circuit, Elyn is at her wits’ end—and that’s before a town asks for help with a ghostly infestation.

A journey to discover the secrets of his past reveals a magical heritage and embroils Mordecai in a deadly battle for the future of mankind.

Prophecy has foretold that when war threatens the world, the Chosen will appear to help the Shadow Warriors reclaim their stolen freedom and lead them out of the Land of Mist.

Morgan Rice – A Quest of Heroes

Thorgin, an outsider and a dreamer, fights to become a warrior in an epic quest that finds him at the center of a maelstrom of royal plots and counterplots that threaten him and everyone he loves.

When Whill learns the truth of his lineage, he sets out to face his father’s murderer, but what he learns along the way will change his life—and the realm—forever.

Weredragons, men call them. Monsters. Cursed ones. People who can turn into beastly reptiles. Together they will forge a nation.

When a young woman accidentally saves the life of an enemy Sorcerer, she finds herself drawn into a world of magic that’s more beautiful, more seductive, and more dangerous than she ever imagined.

Two sellswords—a half-elf and a half-orc—find their war over before it even begins. But trouble is stirring on the home front, conflict which threatens more than just their lives.

Amy Raby – The Fire Seer
Taya must use her fire visions to investigate a series of murders, but the Coalition of Mages has partnered her with her old nemesis, the man who used to bully her when they were young.

In a province where magic is forbidden, young Ilan, born with the powerful gift of her ancestors, has only one hope for survival—concealment.

David Dalglish – The Weight of Blood

When half-bloods Harruq and Qurrah Tun pledged their lives to a death prophet, they only sought escape from their squalid beginnings. Instead, they become his greatest disciples, charged with leading his army of undead.

In the savage lands of Ruxdor, young Klawdia must fight the champions of four rival clans to defend her future as the first female chieftain.

A bandit girl is taken from her home and thrust into a complex world of lords and ladies, where she learns that she must kill to survive.

Masks of legend. Masks of power. Those who dare to wear them trifle with the old powers and risk ruin and mayhem. But a young apprentice maskmaker cannot contain his curiosity, and accidentally unleashes a deadly terror upon an unsuspecting world.

A slave boy and a young queen lead an alliance of spies, servants, and merchants to stave off the encroaching armies of a dark wizard.

As an unstoppable war breaks out, a young girl enlists in the military to unravel the secrets surrounding her father’s execution.

Limited Time Deal - Grab It Before It's Gone