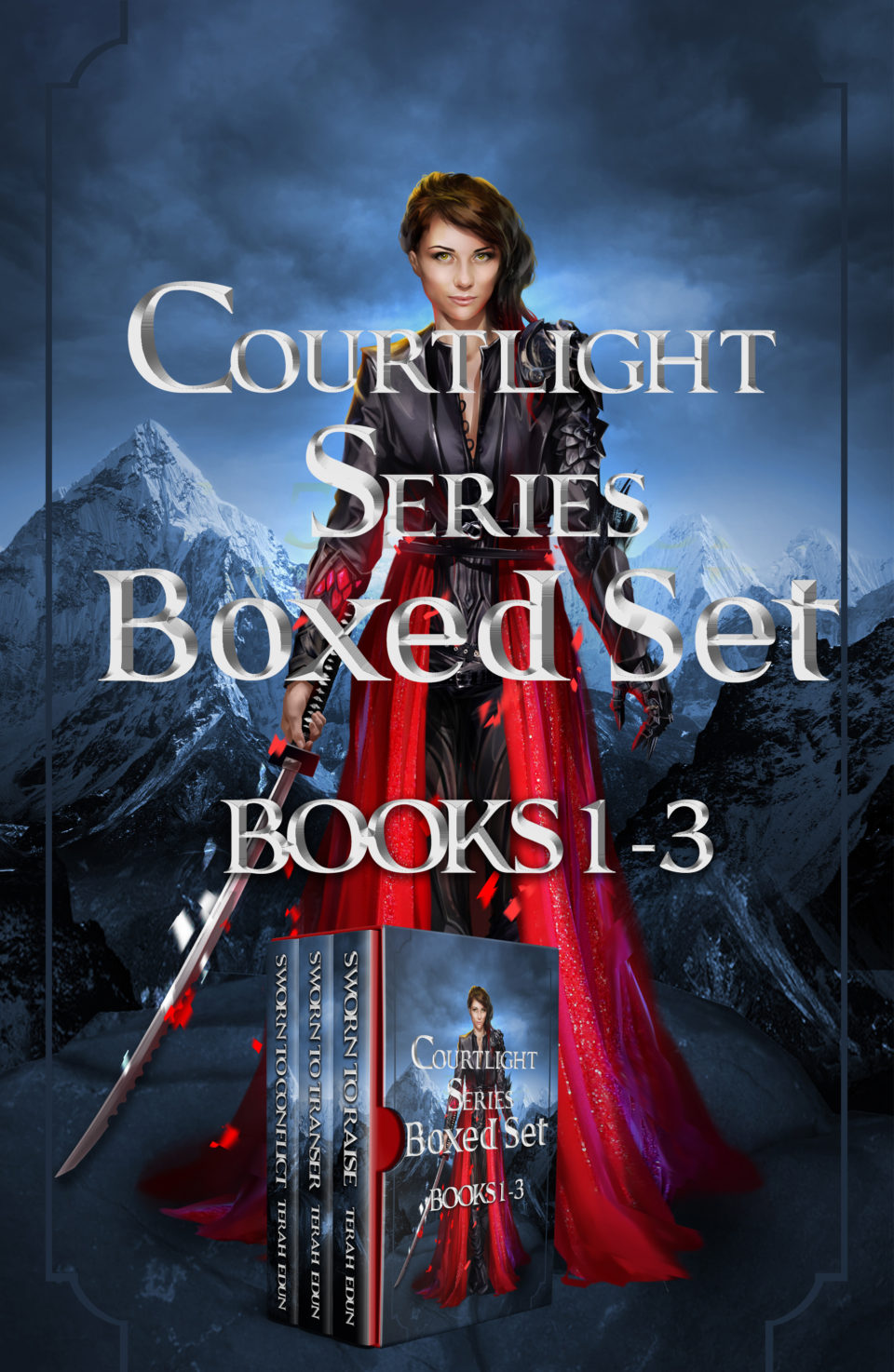 The fantasy series that every fan of Throne of Glass and the Selection series needs to read!

This three-novel boxed set follows the adventures of Ciardis Weathervane, a girl with no future, and Sebastian Algardis, the prince heir she loves. Ciardis and Sebastian were never meant to break the chains binding his powers or upend the imperial courts, now they’re ready to shatter an empire.

This boxed set contains the first three books in the Courtlight series.

Sworn To Raise 17-year-old Ciardis had grown up in poverty. Now chosen for a position at court,she travels across the empire to begin a new life.  To survive, she’ll need to master intrigue, befriend a crown prince, and learn to control magical abilities she never knew existed.

Sworn To Transfer Just when Ciardis becomes a companion trainee and saved the prince heir’s tenuous claim to the throne, humans begin to die in gruesome deaths.With enemies closing in ranks, Ciardis can’t afford to have her loyalty to court and crown called into question.

Sworn To Conflict After fighting for the living dead and winning, Ciardis discovers that taking on amass murderer was the least of her problems. Now she not only is facing a war in the North, but she needs to decide where she stands in the midst of competing sides: family or empire.